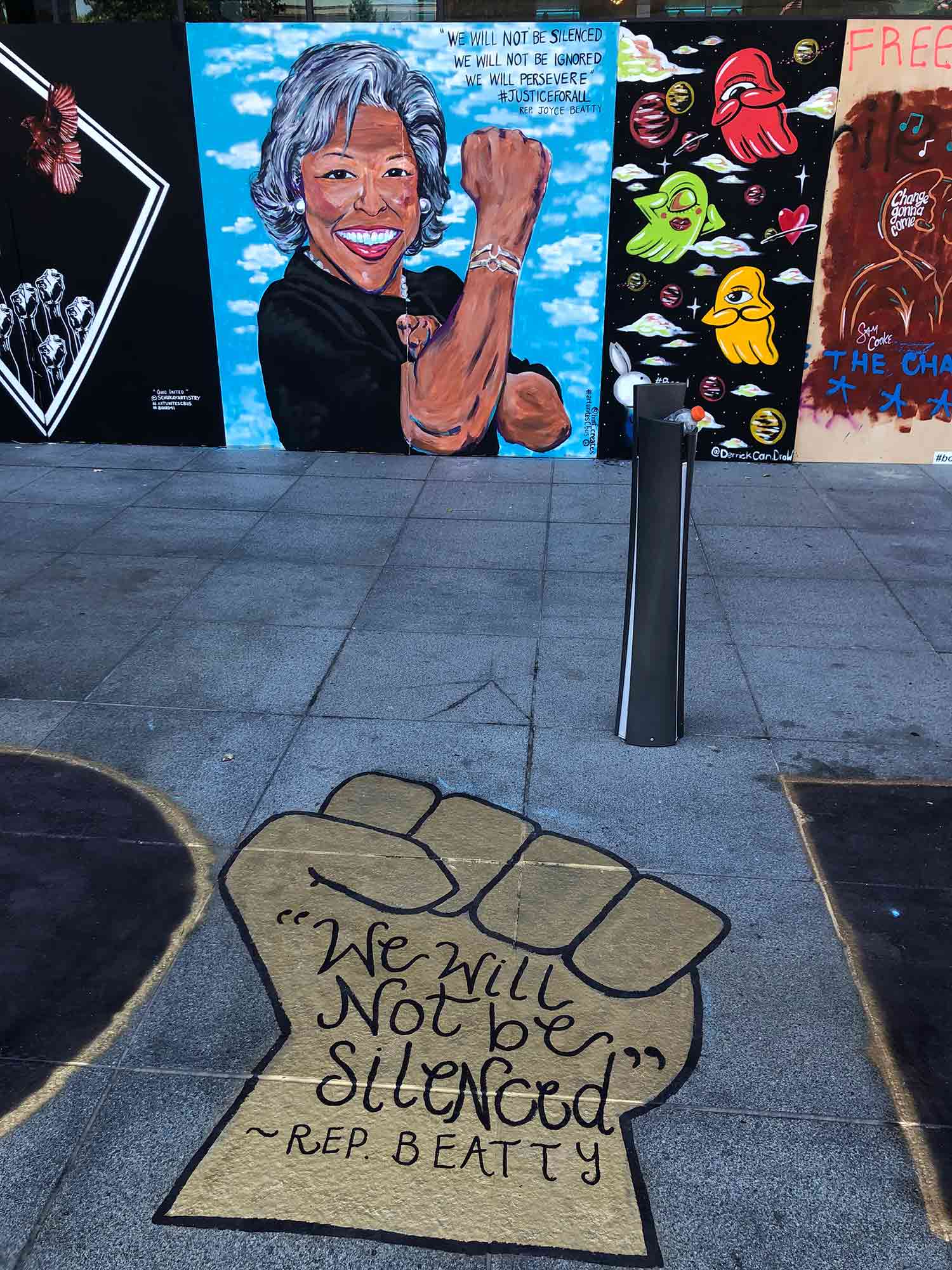 “I have been a fan of Representative Joyce Beatty’s for a long time, even though I don’t live in her district. She was part of a gathering at the Statehouse on Saturday, May 30th. During an altercation between a protestor and police, Beatty tried to intervene, and she was pepper-sprayed along with the protestors. This incident truly underscored everything that was happening. I wanted to honor Rep. Beatty with a portrait facing the people who are part of the Black Lives Matter movement. Painting this mural while the protest was going on across the street, was an incredibly moving experience that I will never forget. I included her powerful quote at the top, which highlights her strength and commitment to social justice: “We will not be silenced. We will not be ignored. We will persevere.””
Hilary Frambes